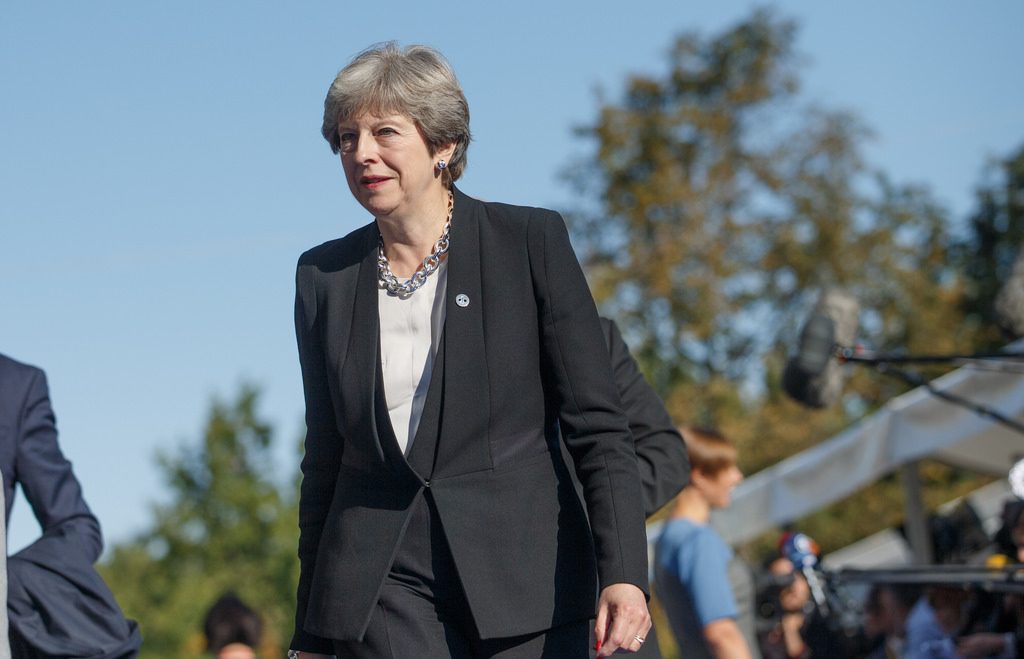 What a carry on

I don’t suppose Mrs May has had either the desire or opportunity to watch much telly this week. At a purely human level, it’s hard not to feel at least a little sympathy for someone caught up trying to sort out a mess left her by someone else. Yes, she volunteered for it. But watching her being shredded by political friends and foe alike is akin to the ancient Roman practice of setting wild animals loose on criminals and prisoners of war. As if the mental strain of trying to find a way through this chaos wouldn’t have made most us throw in the towel, how Mrs May manages to cope as a Type 1 diabetic is beyond belief. So, irrespective of one’s views on her policies, hats off to her personal grit and determination to carry on.

Were she to kick off her kitten heels, open a bottle of Sainsbury’s finest and settle down in front of the box, I can’t see her and Phillip tuning into Catastrophe. The name might, understandably, be a bit of a turn off under the circs. Instead, she might do well to have a look at the BBC’s second series of Hospital which has started airing on Thursday nights. OK – so, it might set her off fantasising about being a nurse in charge of a ward occupied by Jon-Claude Juncker, Arlene Foster and Boris Johnson. “Time for your enema now Monsieur Juncker. I feel it only fair to warn you that due to staff shortages, you’ll understand I’m tired and feeling a bit nebulous and imprecise…turn over please…”

No, the reason she should watch Hospital is that it might offer some proportion to her own woes. It features lots of people who are also having to just carry on under frankly, appalling circumstances.

The main subject of this series is the Royal Liverpool. Seasoned healthcare observers will be only too familiar with the programme’s format. Brilliant surgeons saving lives – and then turning into furious surgeons fulminating about the inadequacies of the system. Harried bed managers being told there aren’t any spare beds. Grateful parents unable to find the words that can express their gratitude for saving a child’s life. Nurses wading through another flood caused by the ancient plumbing.

There’s a particularly poignant twist to this otherwise familiar story of being very British, sighing and just carrying on at the acute front line. While the old Royal Liverpool, a classic Stalinist-style concrete horror, crumbles and floods around its patients and staff, a stone’s throw away across the car park sits, tantalisingly the new, shiny but unfinished Royal Liverpool. Work stopped on it for ten months when Carillion tanked but the government has now agreed to fund its completion.

The nonsense surrounding the new Royal Liverpool is a sort of metaphor for the current Brexit brouhaha. For example, there is something very EU-ish about the fact that for ten months, while empty, nobody knew how to switch off the lights, and a team had to take four days a week turning on 4,000 taps to ensure water cleanliness. Never mind the bonkers PFI deal and appallingly bad procurement that contributed to the situation, much like the scenes in Parliament recently, you couldn’t make it up.

A matter of life and death

Should she get around to watching Hospital, it’s tempting to picture Mrs May pointing at the telly and shouting “I know how that feels!” when furious clinicians, and just about everybody else, round on Aidan Kehoe, the Royal’s chief executive, to express their frustration with a situation that was not of his making. The difference being that Mr Kehoe and his team were making real life and death decisions.

The Brexit debate is becoming more and more nuanced and esoteric not to mention prolonged – but it isn’t really about life and death. Some may argue differently – but political life or death is a far cry from the day-to-day reality of somewhere like the Royal. As Mrs May struggles with the madness of it all, she may well spare a thought that she is only able to do so physically because of the work of those scientists and clinicians who have developed new ways of coping with diabetes like hers. It is predicted Brexit will have a profound negative effect on research into areas like diabetes. While the politicians seem intent on slugging it out with each other over issues that seem more and more irrelevant, under-pressure healthcare professionals just get on with it. Could our politicians emulate that attitude?