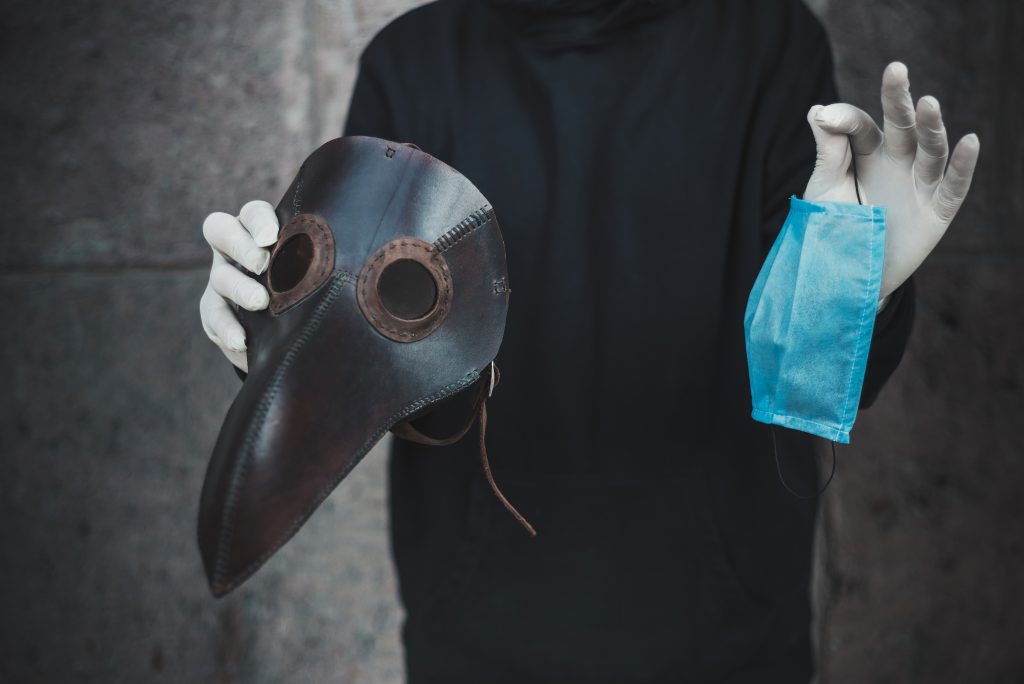 The rest is history

So here we are, two years on from the first UK lockdown. A time for reflection.

We all have our own memories of March 2020 – for me, it’s giving my flatmate a dodgy haircut and making my first forays into sourdough cultivation – and countries across the world are using this sober anniversary as an opportunity to remember all those we’ve lost.

A time for reflection, but also for learning – for the government, for the NHS. But while we can learn from our mistakes during Covid in preparation for the next pandemic public health-wise, what isn’t so clear is how we deal with the fallout of this one on the societal level. Covid has wreaked its havoc not only on our respiratory systems, and the social, economic and political problems made worse by the virus are sure to persist.

Problem is, we haven’t done this bit yet.

… Except, of course, we have! Just not with Covid.

It’s now that we need to look to the past, to previous outbreaks, as a guide to what we can expect over the next couple of years, so that we can be better prepared to cope with it.

We are already painfully aware that Covid’s economic consequences will have a lasting detrimental impact, but the pandemic has also, for example, laid bare and exacerbated the UK’s deep and entrenched social inequalities. Poorer communities have been disproportionately affected, more likely to contract the virus and then go on to die from it, thanks to a dizzying array of social, economic and cultural factors.

And if we are to learn one thing from the aftermaths of previous epidemics, it’s that this worrying trend will continue, rather than revert. Recent epidemics like SARS and Zika have been followed by an increase in inequality.

Pandemics and epidemics have also often indirectly contributed to escalations in political and social tensions: one might think of the Peasants’ Revolt, linked by many historians to the ongoing impact of the Black Death; the tiresome classicist in me can’t help but look back to the Great Plague of Athens as a major cause of civil discord that one might even see as the beginning of the end for Athenian Democracy… (apologies to my erstwhile Ancient History professors for such a gross generalisation).

But there are plenty of modern examples too – think of the recent Ebola outbreak, where civil unrest has been all too common. And we have already seen this kind of thing happen with Covid.

While we in the UK aren’t quite on the brink of civil war, there are subtler conflicts at play, aggravated by the pandemic, that will go on bubbling away. Covid saw the UK population’s distrust in the government skyrocket, leading to an alarming surge in the spread of misinformation. What might this lead to politically, or socially? Certainly not a bed of roses.

Historical examples, then, provide not so much a lesson as a warning: even as the virus itself becomes less destructive, we need to be prepared for some of the things it made worse to stick around or get even worse, and make significant steps now to mitigate potential crises.

A concerted effort to protect the most vulnerable, better social media regulation to prevent the spread of fake news – these are just some of the preventative actions the government can take right now.

As much energy surely needs to go into these initiatives, as into the admirable efforts to prepare the health service for future diseases.

This week’s blog was written by Hannah Marsters.