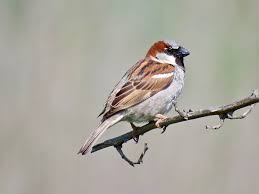 All history, it is said, is the history of unintended consequences. One of the most commonly quoted episodes is the case of the China’s Four Pests Campaign. As part of Mao’s Great Leap Forward, he ordered all sparrows be killed because they were eating all the grain. Actually what these “public animals of capitalism” ate most of was the pests that ate the grain. Fewer sparrows, more pests, and consequent famine that killed millions – before the focus then turned to exterminating rats and bed bugs.

There are myriad other examples; that wonder material, plastic, is now killing marine life on a huge scale. Fabulous new medicines save lives, pesticides and fertilisers boost production – but the long term effect on the environment is catastrophic. Progress is gradually melting the planet.

While some consequent events come as genuine surprises, others are more predictable. We’re told that the ambition of the Government’s new points-mean-prizes immigration scheme is wean us off cheap labour (make that “cheap foreign labour”) and make us all more productive. (Being less productive than the permanently-on-strike French is embarrassing so I suppose we need to buck up a bit.) That – and the need to assure the conservative Conservatives they won’t be murdered in their beds by hordes of  rampaging migrants.

Unsurprisingly, the new restrictions on unskilled workers coming to the UK has dismayed and alarmed the health and social care sectors. “Specific shortage occupations” currently include nursing, civil engineering, psychology and classical ballet dancing. Caring for the elderly doesn’t make the mark. So, while we might not unduly notice the local coffee shop closing because it can’t afford homegrown staff, we might feel differently about watching how care providers cut their labour costs while still professing to provide a decent, dignified care service for our old people.

Digging the dirt
While nobody would suggest that the government’s new immigration policy is about to plunge us into famine and mass starvation, there is a related consequence quietly fermenting beneath our feet. Unlike much of the washed-away cereal crops in the Welsh Marches, I still have a few roots in rural Herefordshire. It’s a county heavily reliant on agriculture – and an army of seasonal fruit pickers. Counties like Lincolnshire are similar. Altogether, the sector needs around 70-80,000 seasonal workers every year. Under the new policy, we’re allowing just 10,000 seasonal workers to come to the UK.

Do the maths. Just where are cabbage pickers and strawberry harvesters going to come from? The huge pool of the “economically inactive”? And, where is the relentlessly price-driven Sainsbury’s going to source its fruit and veg now that British produce will be more expensive? That’ll be the EU most likely.

The Government argues that this short term pain will galvanise us all into better use of technology – and nirvana is a high wage, high skilled economy. True, cabbages, spuds and fruit are already sewn, tended and gathered by robots – but you need a certain sort of intensive set up to make this sort of mechanisation viable. The mixed, largely non-intensive agricultural economy of Herefordshire simply won’t be able to compete without intensification. And, that’s bad for the soil from which, lest we forget, everything derives.

The recent floods have been Biblical. We should fully expect plagues of locusts next. So, let’s just hope we haven’t done for our Sparrow population.