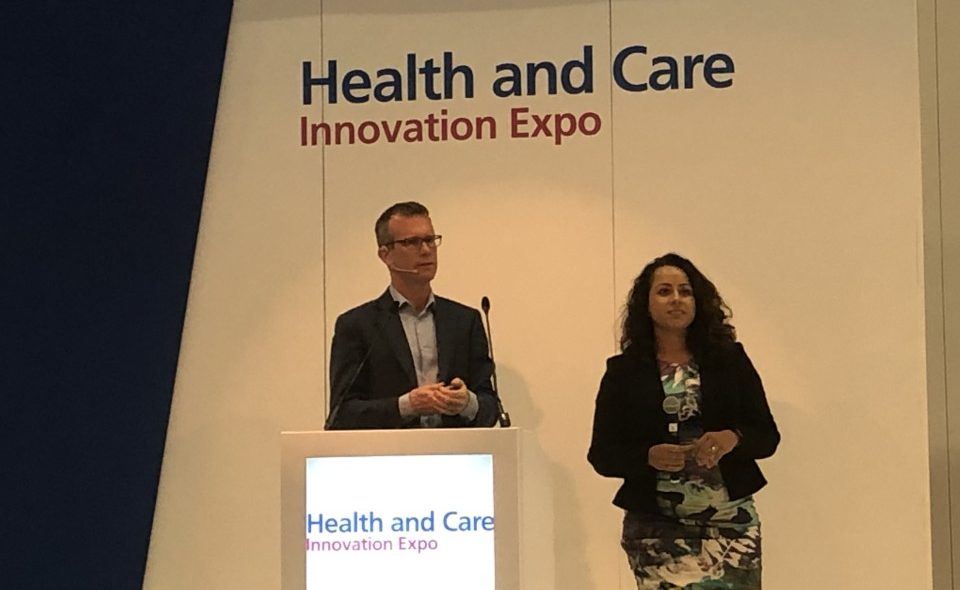 The end of the affair

So, that’s it then for the NHS Health and Care Innovation Expo for this year – and indeed, for ever. Next year’s Expo will be a joint affair with NHS Confederation called, imaginatively, ConfedExpo.

The Expo started around ten years ago and was held at London Dockland’s vast ExCel conference centre. It really was a celebration of cutting edge, health-related techie innovation. There were lots of really big name exhibitors and sponsors. There were whizzy robotics, genetic medicine demos, lots of apps and a host of other new ideas – many of which have become mainstream now. Expo Innovation’s innovation was that it celebrated the sometime uncomfortable relationship between the independent sector and the nation’s most cherished institution. Expo was also billed as a real NHS family celebration – indeed, I recall the Department of Health as it was then subsidising some people’s travel to attend.

This year, the atmosphere was still resolutely NHS-and-proud-to-be-so. I observed two distinct themes; digital and integration. Anyone who had anything to do with data – storing it, sharing it, using it for benchmarking, analysing it (in particular for population health) or AI, was well represented among exhibitors and presentations. NHSX maintained a high profile throughout the event. CEO, Matthew Gould told us how they were going to dismantle the GP provider duopoly and then rebuild the current IT system to make medical records available to staff and patients alike from anywhere within the system. Good luck with that.

The second theme was something of a focus on primary care – as it still appears to be called. The buzz term now is Integrated Care and there was enough going on in the Primary Care and System Transformation Zone to have kept someone engrossed throughout the full two days. That in itself is a bit of a problem with the Expo format – there’s just so much to see and hear that there is the constant nagging sense of FOMO.

The big guns were out in force as indeed, it being an NHS gig, they should be. NHS chief executive, Simon Stevens opened his keynote speech with dark mutterings about the B-word. Against a backdrop of increased demand for services – the NHS now treats about one-and-a-half million people every 24 hours – there’s the impending worry of the health service’s state of B-word readiness. Will the NHS be able to ensure the supply of medicines in the event of a chaotic no-deal? Stevens didn’t exactly look over confident but assured the audience that Keith Willetts was on it. This week!

Given his speech opened on a note of caution, the rest of it was suitably measured. Yes, we’ve got a bit more funding, yes we’re delivering on many areas especially in addressing the “killers and disablers”. But, he said, the service must be more flexible and the staff recruitment and retention situation needs attending to. “Prospects are looking better this year than when we met a year ago” he said. He then announced – some may say let slip – that Dr Nikki Kanani had been appointed NHS England’s new primary care medical director. Now that really is good news.

The Secretary of State was unavoidably detained on parliamentary soap opera matters and so recorded a video. You can read his speech here but unsurprisingly it’s mostly about how technology – and most exciting of all, a new AI Lab – can save the NHS and “make it the best it can be…”

Expo provided lots of content and was well attended by senior NHS management. The relationship between industry providers and the NHS frontline appears to be more comfortable than in the past – a little less transactional perhaps and a little more relational. For providers, the NHS still presents a tough market to break into. But, on the evidence of the last Expo of its kind, there is no shortage of people still willing and able to develop new products, services and ideas. And, no doubt they’ll all be back for ConfedExpo 2020.