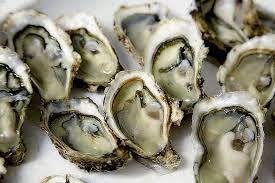 Lost the grit in your oyster?

So, it’s official: 50 is no longer the new 30. In fact, once you’ve passed 54 your get up and go will have got up and gone says researcher, Hermundur Sigmundsson, of the Norwegian University of Science and Technology, in Trondheim. Passion and grit in early life fades past 54 apparently. Hmmm… perhaps this is the gloomy outlook of someone living in Trondheim. The 200,000 souls living there enjoy only four whole hours of daylight during Winter and never ending light in Summer. If residing in that that psychosis-inducing environment doesn’t dampen one’s spark for life, it’s hard to know what would. Still, does his theory hold water? Indomitable fundraisers, 100 year old Captain Tom or 104 year old Ruth Saunders may beg to disagree.

And is there really so much more grit and passion on the other side of middle age? In an interview on Today this week, James Reed, Chair of the giant employment agency, said that they had posted over 100,000 new jobs on their site. Good news for people who are willing and able to be flexible about what they do to earn a crust. However, the sector demonstrating the greatest intransigence and inflexibility, he says, is recent graduates. Many cling on to the notion that they must justify their degree and become archaeologists and the like.

Thus for grit and passion, read delusion. It’s something of an irony that the industry with the greatest number of vacant positions, in which grit and passion are mandatory attributes, is social care. The world needs more carers. And arguably fewer archaeologists.

I’ll concede that my grit and passion (if indeed I ever had any) may have morphed seamlessly into cynicism and torpor, but that’s what life can do to you. Whether you’re in in Trondheim or Tooting. Events this week would test the grittiest and most passionate of outlooks whatever age you are. Atlantic storms and lashing rain have largely robbed us of a prolonged, glorious Autumnal blaze. Sadly, such inclemency has not had any effect on the eternal Autumnal orange so favoured by Mr Trump. In the absence of our own Fall palette, his Oompa Loompa-like luminescence is the only thing brightening up the tedious and largely incomprehensible circus that is the US election.

Meanwhile, the furlough scheme comes to an end just as predictions and projections about Covid are unanimously dire. France is going into full lockdown with Germany about to follow. Surely the UK will do the same? The guiding principle of our nations’ leaders appears to focus on not being seen as Grinches. While there are sound economic reasons for keeping the tills ringing for the annual spend-fest, the inevitable social distance rules will divide the nation: Some may relish the opportunity to get in early and uninvite themselves from any family gathering and free themselves from the logistical nightmare of trying to accommodate everyone’s wishes. And inevitably failing. For others, restricting movement between families or friends will be genuinely painful – as will the notion of a Yuletide visit from Plod when your neighbour dobs you in for inviting Santa to your party of six.

Young or old, it will take a great deal of grit and willpower will get us all through the next few months. But take heart from the sage of Trondheim: “Igniting the spark is important, regardless of age. You simply have to actively seek what you are passionate about if you haven’t already done that.” He might have just said that the world is your oyster. And we all know what happens to grit in oysters.