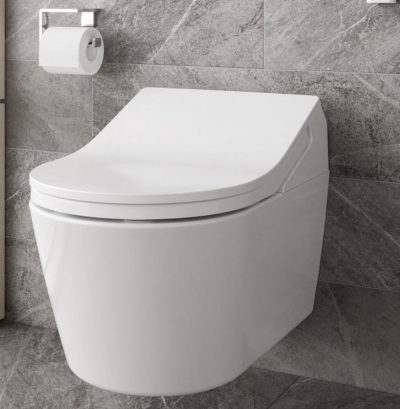 It’s not all going down the pan…

It’s been a week of comings and goings, hellos and goodbyes. Topping the list of goings, a nation mourns as Glastonbury has been furloughed. With huge regret, but surely to no-one’s real surprise, the organisers of the performing arts mud-fest announced it would be imposing another fallow year.

Which is good news for the recovering flora and fauna but another blow to local businesses and the vast numbers of people who make a living from this, and other live festivals.

Times columnist Caitlin Moran tweeted, “This is such sad news – and also slightly frustrating that there was no government help to ensure Britain’s greatest cultural soft-power event, broadcast to the entire nation, with a medically-prescribed headline set from Paul McCartney, in a post lockdown summer. Sigh.” Hard to know what help she means. Socially distancing hundreds of thousands of young people who really don’t want to be distanced?

In fact, the party’s pretty much over for everyone as the stern Home Secretary announced fines of £800 for anyone caught gathering in groups of 15 or more. These fines will double for each repeat offence to a maximum of £6,400. Or, roughly about the cost of a glamping weekend at Glasto.

Making America hope again
And, it was hello and goodbye in America: All together please, to one of the Sound of Music’s most iconic tunes…
“So long, farewell, auf wiedersehen, good-bye then,
Donald’s left the White House, it’s hello President Biden….”

Possibly more momentous than Glastonbury is the news of a new, restorative presidency for a deeply troubled American nation. At a time when the world craves hope, arguably more than at any time in living memory, Biden’s platform of unity and healing is most welcome.

Donald J got a bigger audience at his departure than at his inauguration which does not augur well. We confine him to history with caution. When Noel Coward was staying in Monaco in the 1930s, the rudimentary plumbing system merely discharged sewage into the Mediterranean, making Noel’s morning dip somewhat hazardous. After flushing the lavatory one morning, Coward was heard to murmur “this is not goodbye, merely au-revoir…”. So it feels with Trump, who must surely be back.

Flushing away your blues
While on the subject of lavatories, Toto, a Japanese manufacturer announced this week it was developing its Wellness Toilet. Using “multiple cutting-edge sensing technologies,” each time a person sat on the toilet, it would track and analyse a person’s “mental and physical status,”

Then it would send that data to an app to provide users with recommendations. The example Toto gives is that when it detects an unbalanced diet, it suggests “Your diet seems unbalanced. The recommended recipe (which must’ve been sponsored by Waitrose) is salmon/chicken avocado salad.”

Well, there’s our public health problem sorted then. Expect an announcement of mass purchases of this lavvy from gadget-loving Rishi Sunak at any time.