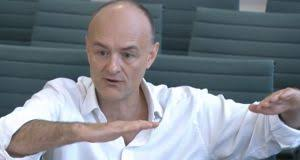 It’s all in the presentation

It’s all in the presentation
During the first Gulf War, a video of a downed British pilot was broadcast by the Iraqis. Clearly delighted with their prize, his captors filmed the pilot reading from a prepared script about how sorry he was, that the USA was a wicked Satanic country, Saddam was a glorious leader, blah, blah.

What they didn’t twig was that the quick thinking pilot started talking in a weird voice and employing all the wrong emphasis and intonation into the dreary script. His tormentors, clearly didn’t have a colloquial English speaker among them, and so failed to realise the joke was being played on them.

There have been a few video nasties this week which have required the viewer to do a bit of reading between the lines to work out what was really being said.

The first two involved the Belarusian dissident journalist, Roman Protasevich and his girlfriend Sofia Safega. They were both kidnapped off a Ryanair flight in Minsk (don’t expect a refund anytime soon, Roman) and taken into custody by secret police on behalf of a “Europe’s last dictator”.

Shortly afterwards the videos appeared. Despite clear evidence of being physically assaulted, both managed in some way to do as the captured pilot had done – namely to read out their trumped up confessions with some contorted body poses and adopting a tone of voice that clearly said, “don’t believe a word of what we’re saying…and help!”

It made for powerful if somewhat disturbing viewing. As Insight frequently asks of any communications, what was the desired outcome? Vile Belarusian “president”, Alexander Lukashenko, makes Saddam Hussein look like a pantomime dame. Like most dictators, he is fabulously thin skinned when it comes to any hint of humour at his expense. You’d think his goons would know this. So, how wise can it be it for the reviled leader to use this medium to make himself look more ridiculous than fearsome?

Closer to home, Messrs Cummings and Hancock were also making videos. Cummings’ appearance to spill his beans before the parliamentary committee had been much vaunted among the chattering classes. In many ways, that was the point. Like so much of what passes for scandal within the Westminster bubble, Cummings’ bile-flecked outpourings doesn’t resonate much outside SW1.

Seven hours of wonkery, statistics, it-was-all-their-fault and even a bit of self-flagellation, served only to make Cummings look a bit mad and completely out of touch. Of course he had some serious things to convey – but who suggested to him that he was the best person to say it?
He is – was – a backroom person, a policy wonk (an ill-tempered one by all accounts.) A natural communicator he is not. His press conference after Barnard Castle-gate should have told him that. His weird intonation, stiff body language and rambling exposition of his prepared script wasn’t put on to try and fool any tormentors. He’s always like that.

In fairness, Hancock’s half hour was slightly easier viewing. He could have been forgiven for being a bit more ruffled by being called out as a big fat liar by Cummings. But, Hancock has become an assured media presenter, allegedly much to the annoyance of his colleagues who think him jumped up. Did he lie? We don’t know and are unlikely to find out until that inquiry. Whenever that may be.
His smooth performance has done much to make the problem go away.
He for one understands that for real cut through, presentation is key.