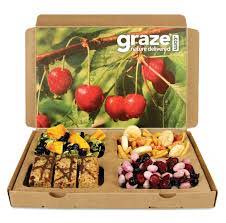 Has a CCG gone nuts?

No. It is not April Fool’s Day. In a memo ostensibly about “restructuring” (and we all know what that means), Kent and Medway CCG recently polled its staff, many of whom face redundancy, on how their efforts during Covid should be recognised.

As well as the mouthwatering offer of a “Graze-type snackbox”, staff were also asked if they’d like a thank you card from senior management, a commemorative badge, an extra day of annual leave or a voucher. Please note: prizes cannot be combined. The voucher option was a bit vague, too. Perhaps it was a voucher for a snackbox?

The article, covered in the venerable Health Service Journal, reports one disgruntled employee as saying “I think this is really shoddy. We are facing potentially a bigger Covid peak than the first one and it just feels like a bit of a slap in the face…” . It isn’t entirely clear whether the staffer (presumably the same person who blew the whistle and alerted HSJ to snackbox-gate) felt it was the restructuring that was the slap in the face, or the offer of a few assorted nuts. Assuming it was the latter (as opposed to the letter – from management, no less), a closer look at Grazebox’s offer might also have raised a few hackles as staff would have realised that “your first box is free.” What might be welcome parsimony for us taxpayers, such levels of cheapskatery probably wouldn’t fare too well with people about to lose their jobs.

It’s truly hard to know where to start with this. Attempts to get hold of a copy of the memo have so far, unlike a Grazebox, proved fruitless. Any readers in Kent/Medway?

Anyway, on the face of it, it’s a fabulous example “you really couldn’t make it up”. It’s like something out of W1A or, for older readers, The Brittas Empire. It’s also  hard to know which of the gifts being suggested as recognition is the most insulting. The offer of a “letter from management” strikes a chill into the soul. One would really hope in this day and age of applauding the NHS, and all who sail in her, that staffers could expect pretty numerous and regular thank you letters from management. (Another reference for older readers. Are you Being Served’s Young Mr Grace. “You’re all doing very well…”)

As the hapless CCG spokesperson tried to explain, “Engaging with and valuing staff is really important to us… we genuinely want staff to help us build the culture of the new organisation. A large number of staff have responded positively to the survey and welcomed the opportunity to give their opinion and we have had some great suggestions which we are considering as part of package of support and thanks for staff.” Oh to be party to some of those “great suggestions”. Did they for example include anything from the Inappropriate Gift Company (Google it)? If not they missed a trick. Everything you could possibly not want like an Ian Beale wall calendar, rude socks and lots, I mean lots, of mugs liberally displaying the F word.

For all its ridiculousness, snackbox-gate does highlight a real issue about the importance of internal communication. Timing’s key. At a sensitive and uncomfortable time, who on Earth thought it might be a good idea to put the word “snackbox” in the same sentence as “gratitude”? The message is everything. Why should people be rewarded with tokenistic gifts – that are of questionable value? Reward or recognition for going above and beyond, or coping with difficult circumstances is all very well. Employee of the month anyone? Even if you just do your job as you’re supposed to, people like to feel valued – but it’s not a one off thing. Internal communications should be regular, informative, genuine, relevant and engaging.

Frankly, the only people who should be getting a letter from management are the people who came up with this failure to communicate.