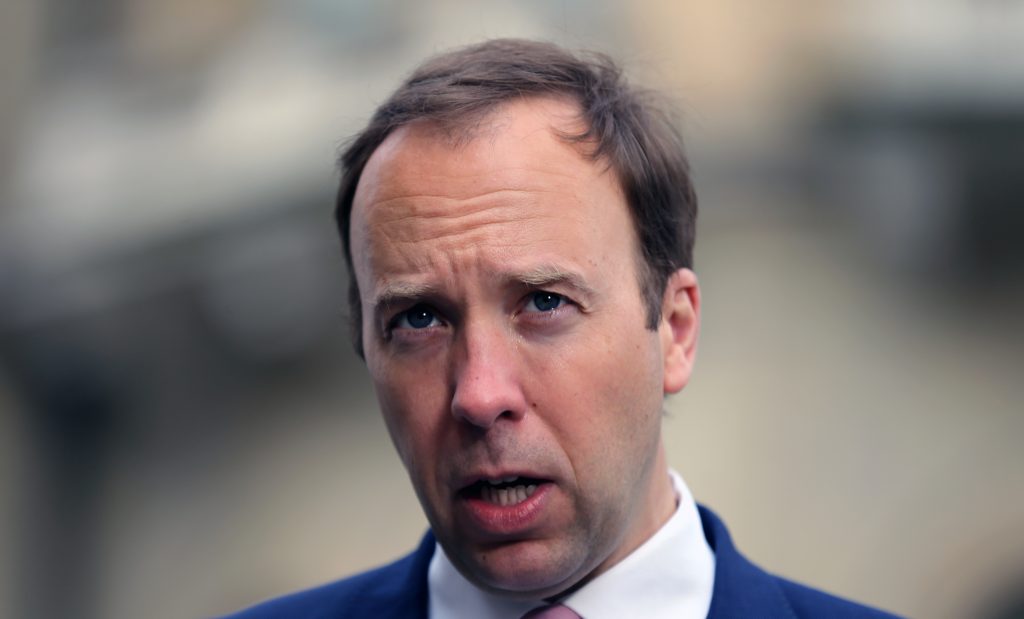 Hancock’s Half Hour too long

Insight has tried to keep this week’s edition a Russia-free zone – a bit like Chelsea FC and Antibes marina – but we cannot ignore the events of the past week, and ponder at the peculiar actions of a self-deluding narcissist.

We refer, of course, to the recent appearance of Matt Hancock in the Diary of a CEO podcast, which is hosted by the massively cool Dragon and entrepreneur, Steven Bartlett.

Much has been written about Hancock’s shameless attempts to raise his profile following his defenestration from the Department of Health. Having yourself photographed in your Speedos doing a few lengths of the freezing Serpentine – illegally as it turned out – and being splashed on a few front pages is one thing. Actively seeking to be on a DOACEO podcast with free flowing conversation where no subject is considered off limits is another.

Taking one for readers who should all  have better things to do, Insight settled down to listen (until thankfully finding it on Youtube) to the full hour and a half’s worth of our former Health Secretary trying to ingratiate himself with Bartlett and the nation.

If only he had taken note of his namesake and condensed this dirge into an amusing Hancock’s half hour. Matt was there to talk. And talk. And explain things. We knew that because he ended each statement with “right?” and “yeah?”

It was pretty grisly stuff. Bartlett handed out more and more rope with which the loquacious Hancock appeared determined to hang himself.

One was put in mind of that other titanic interview two years ago in which we watched, slack-jawed, as the Duke of York constructed his own scaffold, placed the noose around his brass neck and hurled himself through the drop.

In the aftermath of that episode, comms professionals were less interested in what HRH had or hadn’t actually said, being keener to know who on earth thought it would have been a good idea for him to do the interview with Maitliss.

If you are so disposed, you may try to understand the profoundly unworldly Royal insisting that he’d look really good on the telly, and that it would afford him the opportunity to clear his name. Wiser communications pros agree that someone should have spoken truth unto power and said “with great respect Sire, you’ve got shifty eyes and a face people want to punch. Not your fault – blame George III – but you just don’t work on the televisual device. Please repair to a palace somewhere and lie low…”

Hancock is far more media-savvy – or should be – and therefore must be aware that he shares some unfortunate physical attributes that just don’t suit the telly, and a delivery that doesn’t resonate on the wireless. Perhaps he, too, is related to George III.

Who then, bar Hancock himself, thought it wise to subject himself to Bartlett’s steely-eyed interrogation? The same person who thought that the shirtless, black turtleneck jeans and trainers look would cut a dash with the coolest of hosts. Hancock doesn’t suit casual any more than the average Royal.

Unlike the Andrew interview in which almost everything he said was highly combustible, much of the overlong DOACEO podcast was given over to Hancock droning on about the unfairness of the media, his sense of duty and how he would have done things differently with the benefit of hindsight. However much he protested that this wasn’t a “poor me”, it came across as such.

The interview fell down in that by his own admission, Bartlett has no desire to be a politician and is not a political interviewer. But, at times, Bartlett’s line smacked of what Hancock keenly observed was an attempt to get a “gotcha” admission out of him.

In Prince Andrew’s interview, it’s hard to pinpoint the ultimate bottom-clencher. There were so many. Openly admitting to hanging out with a convicted paedophile, not being able to sweat, not recalling having met Virginia Giuffre. You decide.

If you were still awake an hour into Hancock’s mea culpa, buttocks began tightening and pulses quickened when Bartlett included a phrase about casual sex in his preamble about his resignation. “Rephrase that question – I have never had casual sex with anyone,” squawked Matt, “We fell in lurve…this bit is really hard for me…”.

The real coup – from both Bartlett’s and Hancock’s point of view – would have been to have had a comment from Gina.

Wisely, she has chosen to do what Matt and HRH should have done. Stay away from the microphone.