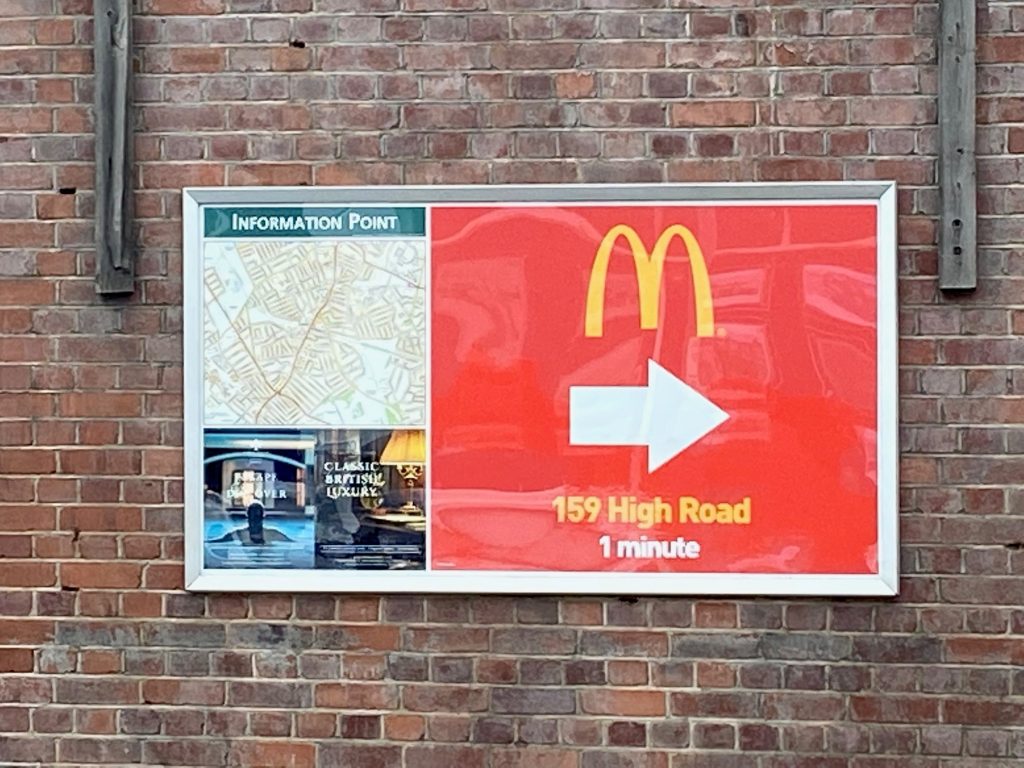 Food for thought
Growing up on a farm, you could set your watch by certain pivotal events of the day. Specifically, these were the times that work paused in a field or barn or wherever for coffee at 11, lunch at 1, and tea at 5. On the dot. Without fail. Seven days a week.

Based now in an urban setting, there are two regular food-related events that punctuate the day. At 3.30, it’s the waft of curry from the restaurant below. At 3.45, scores of cacophonous school kids jostle to get to the fresh fruit and veg stalls for a post-school nourishing organic carrot and beetroot wrap, or a Goji berry smoothie.

Well, the last bit would be true if the authors of the National Food Strategy (NFS) had anything to do with it. The reality is, minutes after schools finish, long queues at Maccy D’s and the three fried chicken shops, all within a spit of each other. By 4.15pm, all that’s left is a wind strewn torrent of discarded paper, styrofoam and chicken bones.

Published this week, the NFS is well written, comprehensively researched and seems eminently sensible. It proposes an escape from the junk food cycle and protection for the NHS, to reduce diet-related inequalities, to use agricultural land better and creating a long-term change in food culture. Nothing wrong in any of that, but does it, dare we say, seem a bit motherhood and apple pie? (home-made obviously).

Each of the report’s recommendations has a price tag attached. Which is probably why the government’s reaction thus far has been akin to the enthusiasm a child might display when confronted with a plate of Brussels sprouts. Given it was the government who commissioned it, we might have wished for a slightly more enthusiastic response than the promise of its own, non-independent version later in the year.

There seems to be a common theme with these sorts of reports, especially those that relate to creating a better health or social care system. The government of the day has to make a choice between being draconian (seat belts, indoor smoking etc) and espousing personal liberties. But, there’s also the weird and unfathomable approach to national finances.

The frequently lower cost of investing to address root causes of societal ills always seems to be trumped by the higher price of their consequences. So, while everyone knows that prevention is better than cure – and cheaper in the long run – the government’s approach is to build more hospitals. At vast expense.

Type 2 diabetes, the report contends, will cost the NHS £15 billion a year by 2035. A scheme it sets out to provide fresh fruit and veg to low income families and extend free school meals would cost just over £1 billion. A sugar and salt tax might raise about £2.9 billion. Costs for an “Eat and learn” initiative for schools come in at £124 million. And so on.

Finding £22 billion for Test and Trace appeared to be relatively straightforward – and the jury is still out as to the potential return on that investment. The numbers the NFS proposes are relatively small in comparison with, arguably, a longer-term benefit to people, the economy and the planet.

The most compelling recommendation in the report is that food and nutrition should be an integral part of a school day. Young minds and bodies might get a taste for good food – or at least get to know the difference between it and the bad stuff and be able to make an informed choice.

It comes as something of a surprise to learn that the kids queuing for their post-school fix of hydrogenated fat should, since 2014 by law, be being instilled “with a love of cooking…” and “taught kitchen skills necessary to feed themselves and others affordably and well, now and in later life.” In a world where there are rarely simple solutions to problems, ensuring adherence to the national curriculum might seem one of the easier wins.
Insight would also like to advocate getting more young people to see what goes on on a farm. To see where their food comes from, and the consequences of, say, eating meat might might also change a few young minds. Plus the meals are regular and always on time.