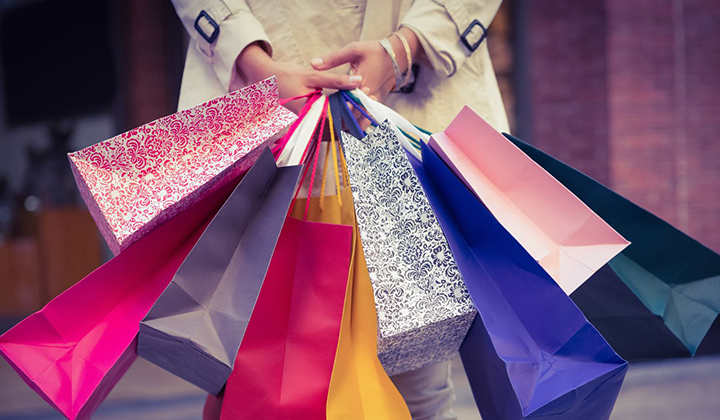 Bailey, the Salix Newshound, is fed up with Black Friday.

Is it just me or is anyone else finding Black Fridays deeply depressing?

Traditionally, the day after Thanksgiving is the busiest shopping day in the USA. People take the following Friday as an unofficial holiday and flock to the shops. Well, they used to. Now, sharp-eyed bargain hunters can simply pad over to their computer to buy, buy buy.

Why “black”? Two theories on this one – the first is that it described the hideous traffic chaos caused by millions of shoppers as in, “it’s a black day for anyone trying to get downtown in Philadelphia”. The other being that the sound rattling tills marks the moment when a retailer’s bank balance turns from red to black.

Look, I really don’t mind a bit of cultural appropriation. Especially from the Americas. Labradors. Chihuahuas. The word poop. But this Black Friday thing is getting under my tail.

For a start, we don’t do Thanksgiving. But then we didn’t really do trick or treating and look how our nation has appropriated that annual horror show. So, I suppose it’s only a matter of time before we’ll be adopting Thanksgiving. Especially as we turn our gaze away from Europe. However, as a dog who eats just about anything, I draw the line at pumpkin pie. Have any of you actually eaten it? It’s sweet and sickly – and a dreadful waste of a good squash. I’m also torn at the thought of our Head of State pardoning a turkey. Torn because clearly it would provide fabulous annual entertainment. This year, President Trump pardoned two turkeys called Peas and Carrots. Two? Wow, what a crazy guy. For anyone who hasn’t yet reached the nadir of their depression brought on by Brexit or Seasonal Affective Disorder, you can bottom out by watching Donald’s grisly political schtick with his unhappy looking stooges, Peas and Carrots, on Youtube. And then imagine how Her Maj or Prince Charles would have handled them.

Black Friday, as appropriated over here, just seems to be about creating early January sales. Or should that be late January sales? Anything that might create much needed footfall into our moribund High Streets is good. But the reality is that the greatest increase in footfall will be that of exploited Amazon Elves. Dozens more of them will be feverishly stuffing oversized boxes for delivery by diesel fume-belching vans. At questionable benefit to real shops, let alone the environment. In what few stores where the lights still burn, the sight of sharp-elbowed punters fighting each other for a marked down flat screen telly is, at best, unseemly. Black Friday indeed.

Talking of giving thanks, Mr Hancock clearly couldn’t wait for Black Friday this year. He’s been on a £3.5 billion shopping spree to spruce up the NHS. Well, he hasn’t actually bought anything yet but he says he will. In 2023/4. Think of it as a sort of deposit you’d put down on a DFS sofa to make sure it was delivered in time for Christmas. He’s been eyeing up bargains in the primary and community health departments and now wants to transform them into “rapid responders”.

The ambition is to respond rapidly to the needs of older and vulnerable people who could be treated at home – thus freeing up hospital capacity. I think this is a wonderful idea especially as by 2024, I shall be a very old dog and in need of some rapid response when I’m pawly.

The thing is, GPs are still leaving the profession in droves and the flow of trained care workers from Europe is bound to be affected by Brexit. So, who is really going to deliver all this? Of course. The team that is responding so rapidly to Black Friday. Amazon Elves.