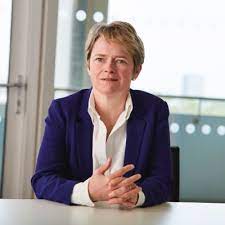 Diana Mary “Dido” Harding, Baroness Harding of Winscombe has had some pretty big jobs, perhaps most notably as head of the NHS Test and Trace programme. She is chair of NHS Improvement and was also appointed interim chief executive of the new National Institute for Health Protection, later renamed the UK Health Security Agency. She is rumoured to be throwing her hat into the ring as chief executive of NHS England when Sir Simon Stevens leaves in July.

In her first interview since leaving both posts, she appeared on BBC Radio’s Woman’s Hour this week, and for the first time since the departure of the doyenne of that programme, Jenni Murray, Insight tuned in. Dame Jenni’s successor is Emma Barnett who is described as a broadcaster and journalist.

The interview soon became unlistenable as the broadcaster, Dr Jekyll morphed into Mr Hyde, the journalist. Barnett seemed to forget she was no longer on LBC, the radio station that delights in broadcasting endless dreary phone-ins in which contentious news topics are churned over up by gobby jocks like Nick Ferrari.

When exactly did Woman’s Hour, the magazine programme, become the Today programme? Barnett went straight for the Baronesses’ jugular with a tediously predictable attack on the “failure” of Test and Trace and a host of other shortcomings. “Won’t you apologise…won’t you say SORRY…is there anything you want to say SORRY for…?” she harangued.

Insight is neither an apologist for the Baroness nor the T&T programme, but WH listeners may have been forgiven for being curious about the woman, the mother, the business leader, who took on the unenviable task of being the lightning rod that conducted all the ire, (OK, much of it justified), heaped on T&T.

Barnett didn’t ask one question about what that experience may have been like. She just wanted Dido’s scalp. Or as it’s pronounced in newsrooms, scoop. It just wasn’t helpful.

The whole unedifying episode raises the question of the media’s role and response throughout this pandemic. As both the government and the NHS soon discovered, there was no blueprint for how to handle this once-in-a-lifetime event. Mistakes were made.

The news making media seemed blindsided by the enormity of it all, and more worrying for them, the subsequent dearth of other stories.

For the plethora of live news outlets, their focus became about feeding the beast, a task made more desperate by the government’s refusal to put up spokespeople on the “unhelpful” BBC. A battle for moral superiority ensued, which, thanks to Bashir-gate, the Beeb has now comprehensively lost.

Of course senior managers and public servants should and must be held to account, and be grilled on whatever happened – or didn’t – on their watch.

But that’s the role of a news breaking journalist. Not that of someone posing as a presenter of a lifestyle / magazine programme. This sort of ambush will only exacerbate the government’s reticence to put up spokespeople. And that’ll ultimately be to the detriment of democracy.