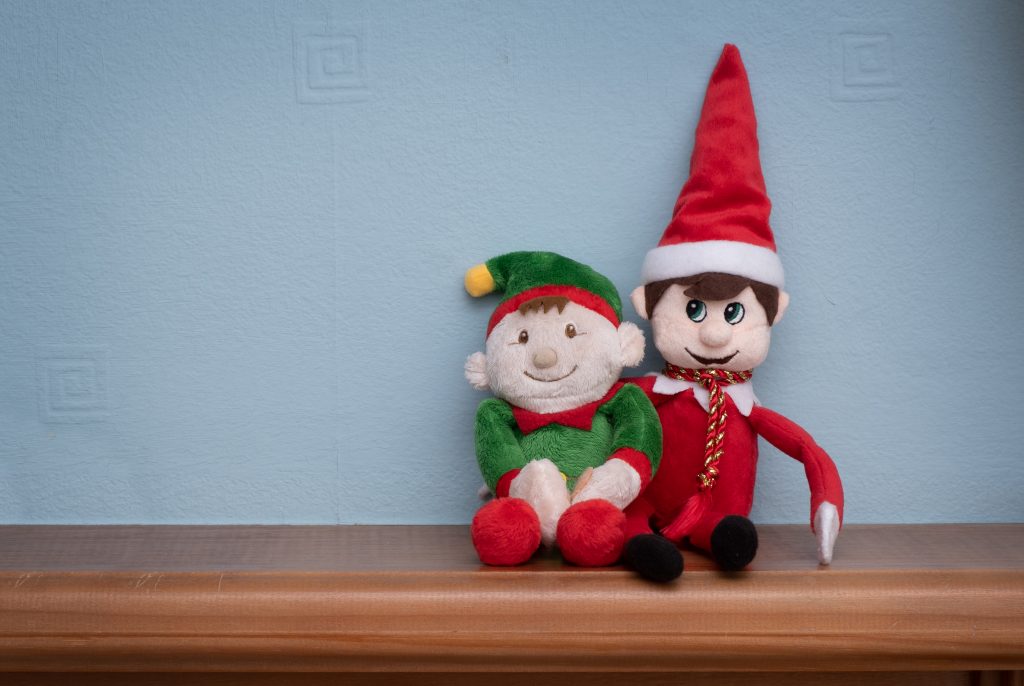 An interesting week in PR Land

It’s been a week of highs and lows in PR Land – and some truly excruciating interviews.

First, a tip of the hat to the people at kitchen gadget manufacturer, Morphy Richards.

Their headline grabber was based on a competition to find the owner of Britain’s oldest electric iron. Step forward Orpington’s Chris West who was declared winner with an iron given to him by his gran in the 1940s, and which he still uses for “the heavier pressing jobs”. So, a bit like John Prescott then.

This story, presumably dreamed up at Morphy Richards’ HQ but curiously absent from their website, got admirable national coverage in the papers – and even made it to the Today programme, albeit spawning a truly bottom-clenching interview from Mishal Husain.

How she struggled – and who wouldn’t – to elicit something from Orpington’s least interesting man and his ancient appliance. Mixed outcome perhaps for team Morphy?

Elf on the Shelf is a new phenomenon for Insight, but thanks to the power of PR, it is now on the radar. EOTS first made its appearance in 2005 following the publication of a children’s book based on a family tradition, namely that an elf would appear every year after Thanksgiving to keep an eye on the children and prevent them from misbehaving.

The Sun carried a piece in which parenting expert, Emma Shingleton, claimed that keeping an eye on kids prior to Christmas could actually have a detrimental effect on the little darlings – some children can find the prospect of being watched by Santa’s spies stressful. Her partner in spouting this stuff turns out to be “education resource experts”, PlanBee.

OK – a nice bit of media coverage – but you really have to question the wisdom of wanting to be put up as the earnest killjoy who is trying to remove an apparently effective way of controlling infantile pre-Yuletide overexcitement.

Anyway, the big question is, where was the Elf on the Shelf at last year’s Downing Street Christmas party, at which “everyone stuck to the guidance” despite the liberal distribution of taxpayer-funded hooch? This episode, too, elicited another painful interview on Today as minister, George Freeman, refused six times to admit to the existence of a party he hadn’t been at. Maybe you’ll get an invite this year George?

And, finally to some very bad PR – on two fronts: The National Theatre has produced a stinker of a play called Manor. It has achieved the accolade of receiving an unprecedented no stars rating in the Times, and universal  opprobrium from the critics.

So, it wouldn’t be the theatre’s first bum production and, whether a play is deemed good or not, is very much a question of personal taste. But the National receives £16.7million a year from the Arts Council and there is a curious, some may say deafening silence from the Artistic Director, Rufus Norris – who might want to give some sort of explanation to his unusually loyal audience.

First rule of PR – actually there are loads of first rules – but owning an issue and appearing to give a damn is pretty high up on the list of do’s.

Of course, he may be holding out hope of the Streisand Effect. This is essentially the law of unintended consequences, where something you wanted kept quiet actually creates news that might otherwise have remained secret.

Perhaps Mr Norris could create a career-saving Streisand effect variant – and get the 80 year old Barbra out for a crowd-pleasing production of Yentl.