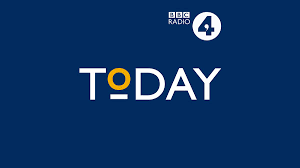 A lot of hot air

Disappointment of the week: Following the successful landing of Perseverance on the Red Planet, excited NASA people released the first ever recording of Martian wind. Not wishing to put a dampener on the technical achievement of getting there and all that, but couldn’t they have got the same result had they gone to Wales? Martian wind it turns out has the same, dispiriting resonance of a gusting, rain-laden South Westerly. To be fair, the windiness was marginally more exciting than the landscape which was basically Death Valley.

Back on Earth, the sound of hot air blowing around radio and TV studios of late is becoming increasingly annoying.

Broadcast interviews have always been something of a blood sport. The end to any kind of Reithian deference, and an insatiable thirst for instant, bite-size news gobbets on social media has upped the pressure on interviewers to go for the jugular.

Tough interviewers have been around for a long time. Think Robin Day, Brian Redhead or David Frost. Arguably, Paxman reset the bar when he notoriously cited the words attributed to Times foreign correspondent, Louis Heren, as inspiration for his method as an interviewer. “Why is this lying bastard lying to me?”

Living in a democracy means it’s perfectly appropriate to cross-examine our publicly-funded officials in a court of public opinion. Recently though, the broadcast interview has shifted more towards interviewers’ personality posturing.

BBC Radio 4’s Today programme has become unlistenable as presenters Nick Robinson and Mishal Hussain strive to demonstrate just how much cleverer they are than their interviewee. Their disdain for government spokespeople is very noticeable and in stark contrast to other regulars, Martha Kearney and Justin Webb. Granted, the government has not covered itself in glory in communications terms during this pandemic, but the presenters’ sneeriness chimes with the BBC’s staggering sense of self-righteousness.

Their utter disrespect for interviewee and audience alike is also in contrast to Times Radio’s new-ish morning line up. Stig Abell and Aasmah Mir get the same interviewees and pretty much the same answers – but it’s a much easier and more informed listen. And a bit longer. The Today team always seems to be in a rush to go to the weather or the sports desk.

Here’s the thing, Auntie, if I’m tuning into Today as opposed to say, LBC, I’m likely to be able to make up my own mind about the foolishness of some political weasel trying to defend the indefensible or the frankly incomprehensible.

There’s nothing wrong about an interviewer asking tough questions. Andrew Neil, Emily Maitliss or Kathy Newman manage to do so without being aggressive. There’s a difference between aggression and being no-nonsense.
Last week, new Woman’s Hour presenter, Emma Barnett was in trouble for being overtly “hostile” to the female leader of the Muslim Council of Great Britain. Really? Listen for yourselves. The fact is the interviewee was hopelessly unable to answer some pretty basic questions and Barnett wasn’t taking any nonsense.

The PM’s roadmap press conference brought out some pretty odd behaviour, too. The briefing was remarkably clear from Messrs Whitty, Vallance and Johnson. Perhaps unusually so. But this didn’t stop a lot of asinine questions being posed by journalists, apparently for the sake of asking them rather than imbuing us with useful information.

Of course, there’s a fine line for us listeners between being informed and being entertained. Take self-appointed Prime Minister-in-waiting, Piers Morgan. (Please, someone, take him…). His interviewing technique appears to be based solely on getting a rise out of his victim and more importantly, a sound bite for his Twitter feed. For your entertainment and delight, have a look at these. Morgan vs Helen Whately, Morgan vs Eustace, Morgan vs Gove

As interviewers strive, hellbent on simply tripping up their interviewees, the more this approach will prove counterproductive to us, the weary public.

Yes, ask the difficult questions but kindly let us judge the interviewee and their answers.