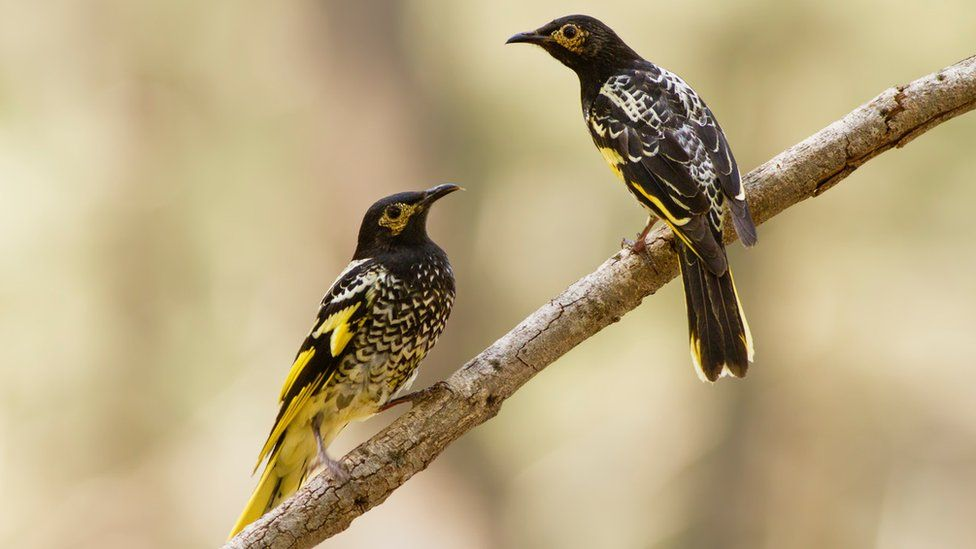 You win some, you lose some…

It’s been a week of losses and gains. The critically endangered Regent Honeyeater has lost the ability to sing – and therefore meet its mates. “They don’t get the chance to hang around with other honeyeaters and learn what they’re supposed to sound like,” explained a member of the Difficult Bird Research Group (yes, really).

Take note Harry Styles, Billie Eilish, Beyonce and other Grammy winners. Happily though, the Honeyeater is now being coached to sing again (by the species responsible for its demise) in the hope the birds will survive.

A case perhaps, of Ian “007” Fleming’s assertion that the gain to the winner is always less than the loss to the loser.

It’s been exactly a year since we battened down the hatches, stockpiled loo rolls and pasta, and retreated indoors, secure in the knowledge that this corona inconvenience thing would all be over pretty soon.
Yeah, right.

365 days later, and the picture is that we’ve either had Covid, or know people who’ve had it or worse, people who have been lost to it.

With this week’s news of a hiccup in UK vaccine supplies and the rise and rise of the variant strains (not to mention the infighting) across the Channel, it’s probably best to keep the end-of-lockdown champers on ice for a while.
But, in reflective mood, Insight ponders what have we’ve lost and gained in what has arguably been the strangest time in any of our lifetimes.

In healthcare terms, the grim reality is that we gained 4.3 million cases of Covid, and lost 126,000 lives to it.

We got a health white paper which mostly just rubber stamps another rearrangement of the NHS furniture, ignores social care and gives more power to the Secretary of State.

While we should loudly cheer several new vaccines, which were developed and mobilised in record time, we’ve lost something almost as valuable – trust. Test and Trace probably hasn’t lived up to the PM’s claim it was world beating. And, do we really trust all those PPE procurement arrangements made hastily, and very possibly without due diligence?

We gained and lost Nightingale hospitals, and we’ve said farewell to Public Health England but hello to the National Institute for Health Protection.

We’ve gained record numbers of applicants for nursing, medicine and care – in fact, you’ll soon be able to become a GP via an apprenticeship. We’ll need everyone of those applicants, given the numbers bound to leave the NHS because of burnout, exhaustion and/or being fed up with the latest pay deal.

On a wider front, have we lost Europe – or has Europe lost us? ITV has lost Piers Morgan, a lot of GMB’s audience, and millions off its share price. The UK’s loss of some minor Royals is the USA and Oprah’s gain.

We were given a new Labour leader and discarded the old one. We do not, as yet, appear to have gained a realistic Opposition. We’ve gained a huge national debt pile and lost jobs and businesses.

But things aren’t all bad. The ONS’ annual basket of goods include the new additions of hand sanitiser, smart watches and dumbells. Nothing like a lockdown to improve personal fitness and hygiene, right?

The most poignant loss of all though, is the appalling loss of life.  Too many people have died, but by closing schools and universities, an entire generation of young people will have lost an important part of the lives they might reasonably have expected to live – a price for which we will all be paying well into the future.