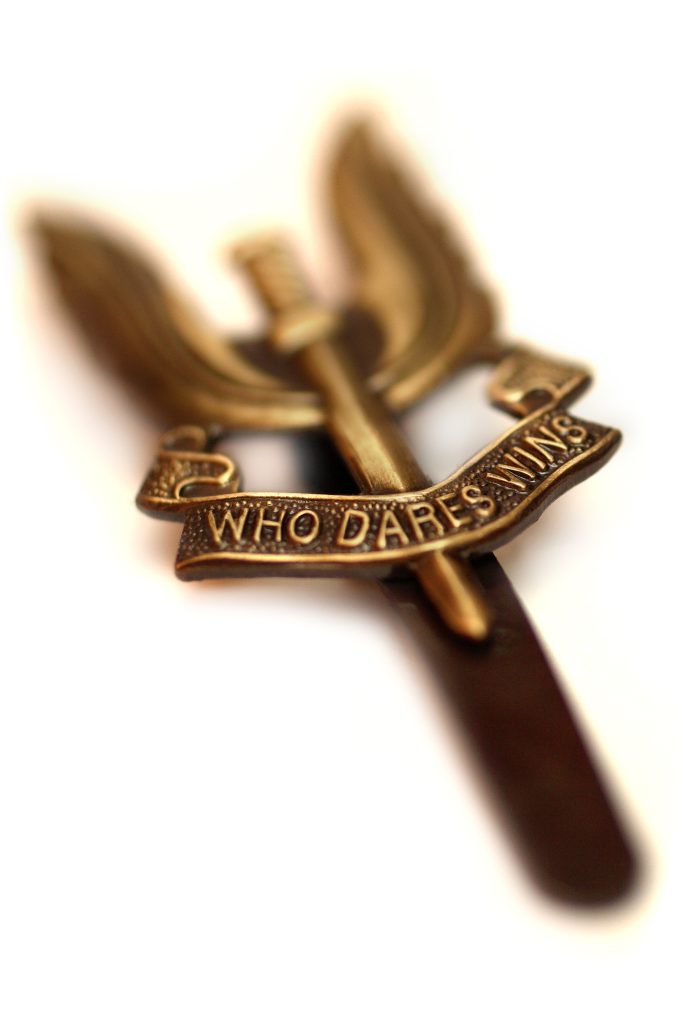 The BBC has just launched a new drama, SAS: Rogue Heroes. It’s the (almost) true story of the formation of the Special Air Service, and is based on a terrific book by Ben Macintyre.

In many ways, it’s a salutary lesson in how it takes real disruptors to do things differently, make change and above all, make things happen.

The SAS and its Naval equivalent, the SBS, are collectively known as Special Forces. With a dropout rate of around 90 per cent of applicants, they may feel some justification in adopting the sobriquet special.  The mystique that surrounds this elite is also jealously curated. Heaven forbid any enemy power should believe that the invisible, invincible and deadly force is actually human, and prone to associated frailties. It’s something of an oddity that people from the county of Herefordshire tend to say they’re from Hereford as opposed to Hereford-shire, even if they live in the deepest rural bits, and not in the actual City.

However, should you ever meet someone possessed of a military bearing who says they are from, or “work”, in Hereford, treat them with great respect. This can be code for having been a member of the SAS, their HQ, Stirling Lines, being located in that county.

This sparsely populated and largely rural shire boasts unspoilt beauty and offers a discreet area for the regiment, 22 SAS, to train. (Again, beware anyone who hints that so-and-so is from The Regiment. It’s another little code for you-know-what.

Other giveaway signs of current or former membership of The Regiment include an unseasonal suntan, a well-honed physique, an inability to stand still and gimlet eyes. You have been warned.) Not that the boys (and it is only boys) will be taking in much of the view, however exquisite. Hereford is also handy for the Brecon Beacons National Park which offers a particularly steep, wet and miserable assault course over which SAS hopefuls will have to run with ridiculously heavy Bergens, endure immense pain and sleep deprivation, while all the time being shouted at a lot.

It is of course tempting to suggest that working in the NHS at the moment is akin to a long, soggy and exhausting yomp up Pen-y-Fan, with people screaming at you to keep going. Worryingly, the dropout rates among NHS staff won’t be far behind that of special forces recruits if things continue as they are.  And there’s the thing.

The SAS model is based, unusually for the military, on adopting a relatively flat chain of command. It makes for a highly adaptable, effective force that’s relatively free to do its own thing, unencumbered from interfering brass hats. One has to weigh up the advantages of commissioning the services of a highly effective body of people doing frequently unsavoury things – but who are largely ungovernable. It would appear that successive governments of every hue have the same fear of the  NHS becoming  just that – ungovernable.

Would the NHS benefit from a bit more who-dares-wins? That’d possibly be a tad too gung-ho, but the idea of less top down command and control is appealing – and might encourage a bit more adaptability to current circumstances.

Heaven knows, it’s going to take something quite radical to get the NHS into some sort of shape over the next few years.

Even that might be beyond the undoubted resourcefulness and resilience of the chaps from Hereford.