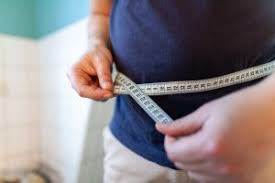 It’s come to something when the Budget provides a welcome distraction from the relentless coverage of Covid. It turned out to be a relatively easy ride for our surefooted Chancellor. This could be down to a mostly empty House of Commons, the fact that most of his ideas had been leaked ages ago, or the inability of the Opposition to mount anything above a faint murmur of disapproval about Rishi’s super slick PR. Anyway, there were very thin pickings for anyone hoping for the long awaited promise of more dosh for social care. That’s all being thought about for later in the year apparently.

Curiously omitted in the Budget speech was the announcement of the £100 million support package being handed out to support weight loss and fitness courses. This was no doubt saved to coincide with Global Obesity Day on Thursday.

£70 million will go into weight management services for the NHS and councils. Up to 700,000 adults will get support that can help them to lose weight with the aid of digital apps, weight management groups or individual coaches and specialist clinical support. The remaining £30 million will fund initiatives to help people maintain a healthy weight, including access to the free NHS 12-week weight loss plan app and continuing the successful Better Health marketing campaign to motivate people to make healthier choices.

£100 million? That’s about the same as Harry and Meghan’s Netflix and Spotify deals. By the government’s own estimation, the UK-wide NHS costs attributable to overweight and obesity are projected to reach £9.7 billion by 2050, with wider costs to society estimated to reach £49.9 billion per year.

Most depressing is the news that much of the new money will go toward continued support of the Change4Life programme – which claims it has been “successful”. Really? Doesn’t the prospect of obesity costing us 50 billion quid a year warrant something a bit more drastic than some non-offensive-to-anyone, plasticine characters telling us to eat more fruit and less sugar?

Obesity is a hugely complex issue. It’s not easy to pick out one thing that’ll provide a solution. But we simply can’t continue to be lily-livered about the issue if we don’t want to become morbidly fatty-livered.

Where to start? Well, do health professionals really have to be cautious about terminology because “obese” is considered offensive? Get over it. Processed food manufacturers are a powerful lobby but why can’t we put some more tax on their salt and sugar? British farmers are wondering what the future holds for them in non-EU-subsidised world. How about incentivising them to grow food that’s affordable and that people want to eat?
Supermarkets insist their customers spurn fruit and veg that isn’t perfect, and so contribute to appalling levels of waste produce. What if there were no choice?

And, where do schools play their part? Surely education should be the starting point? We should be teaching kids about decent food and providing it daily. And ban junk on school premises.

We’ve introduced seat belts and no-smoking areas through legislation – not through lecturing people about the benefits of compliance.  They’ve become part of life. Isn’t it time to take a similar “stick” approach with food? It isn’t to say we can’t (nay, should) offer a carrot or two.

Singapore has a National Step Challenge, which offers citizens cash payments for taking part in physical activity. Do a certain number of steps, and you receive a $10 reward voucher. Impressively, 26% of the Singaporean population have taken part, causing obesity to fall from 40% to 36%. Health insurance companies understand the power of incentives for staying fit. It is possible.

We’ve got a choice: if we continue to take a lily-livered approach to obesity, we’ll just exacerbate our fatty-livered population’s decline.