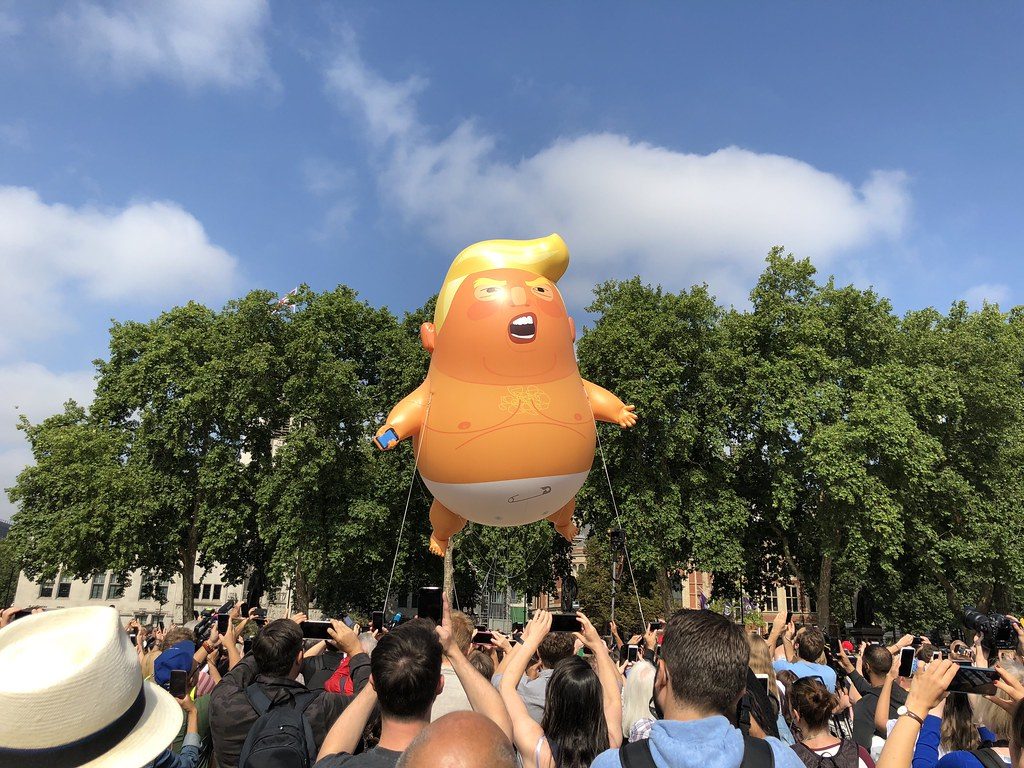 Reports circulating this week suggested that President Trump was eyeing up the NHS. Well, at least it wasn’t him eyeing up a female member of the Royal Household. So, on the basis that he really did mean NHS and not BHS, what was it all about?

Rather like the State visit itself, the NHS-for-sale story was ultimately something of a damp squib.

Love him or loathe him, many of us were watching and waiting for a major Trump-style gaffe that would infuriate and embarrass just about everyone – except, of course, the man himself. But, remarkably he managed a relatively gaffe-free two days. True, he was kept away from milkshake-throwing crowds and the nappy-wearing blimp by travelling even the shortest distances in Marine One. Also true, he appeared to fist-pump the Queen’s proffered handshake, and there was the little Twitter spat with the London Mayor. But, in Trump terms, nothing happened. Whatever their private views, the Royals dutifully donned their regalia, arranged a banquet and quietly gave the Trump entourage exactly what they’d come for – a photo opportunity that’ll do no harm at all for his re-election prospects. It was win-win for all sides.

So, the NHS-for-sale story was a strange one that probably got more coverage than it might if Trump hadn’t largely behaved himself. It all started with the US Ambassador’s pre-visit interview with Andrew Marr. Marr asked about “American pharmaceutical and medical corporations getting a slice of the NHS” to which His Excellency replied: “Oh, I don’t think they’d be put in any particular position regarding that. Your national healthcare service is the pride of the country.” And then, asked if “healthcare has to be part of the deal”, replied, perhaps ambiguously, “I think probably the entire economy, in a trade deal all things that are traded will be on the table.”

At a press conference on arrival, the president, bigging up the opportunities for a post-Brexit Anglo-US trade agreement, said: “When you’re dealing with trade, everything is on the table, so the NHS or anything else, or a lot more than that.” Cue the shouts of protest. He might as well have suggested buying up the Royal Family.

But again, in a very uncharacteristic way, Trump seemed to row back from this saying “I don’t see it being on the table” adding that the NHS was something he would “not consider part of trade”.

Hang on though. US corporations already do have access to the NHS don’t they? Stryker and Cerner, to name but two, are big providers in the NHS. No, the real golden goose would be pharmaceuticals. Bottom line, pharma companies can charge a lot more in the US than they can in Europe so the obvious ambition would be to hike up drug prices over here. While this probably wouldn’t affect people who currently get their medicines free, it could add to the £11 billion or so drug bill – and we all know who’d have to pick up that tab.

The story, like the ridiculous presidential entourage, has all but gone away. Leaving us with a faint whiff of extra-strong hair gel, the notion that the First Lady is, in fact, a hologram and more importantly, Matt Hancock’s now pinned tweet. “Dear Mr President. The NHS isn’t on the table in trade talks – and never will be. Not on my watch.”

We wait to see just how long that’ll be.