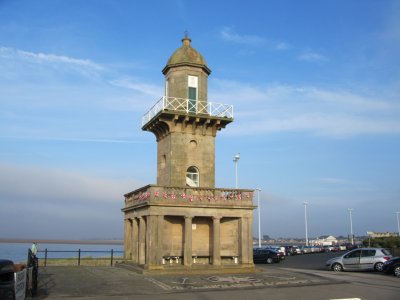 At the NAPC Awards ceremony last week, the winner of the Primary Care Home of the Year Award was Healthier Fleetwood. It’s their second award this year having also bagged the Northern Region’s NHS70 Parliamentary Award. And, they’ve been shortlisted for the General Practice Awards next month. So what is Healthier Fleetwood – and why is it gaining national recognition?

Context being everything, let’s go back a bit to understand Fleetwood’s backstory. Situated on the Northwest corner of Lancashire’s Fylde Coast, within sight of its brash neighbour, Blackpool, Fleetwood began life in the mid-nineteenth century. An enterprising local entrepreneur developed the town as a seaport and major railhead, and Fleetwood thrived as a fishing port until the 1960’s when the Cod wars pretty much did for its fleet. Around the same time, Dr Beeching’s cuts also did for the railway. It’s a depressingly familiar story of industrial decline ripping the heart and soul out of a once vibrant community. Today, the town’s largest single employer is Lofthouse’s, manufacturers of Fisherman’s Friend.

The long term lack of employment opportunities, and associated impact on the town’s High Street is there for all to see. What isn’t so obvious is the effect this decline has had on its people. Physical and mental health inevitably suffer when traditional sources of employment disappear and communities break up. All too often, a population’s ills have been addressed pharmaceutically. Added to which, people who have lost hope and motivation tend to self-medicate with the traditional choices of booze, illegal drugs and unhealthy diets. The grim statistics show that people in Fleetwood have comparatively shorter lives and more life-changing illnesses than the rest of the country.

‘What makes me well’ vs ‘what’s made you ill’

True to its entrepreneurial, can-do spirit however, Fleetwood’s community is now fighting back. Healthier Fleetwood is an initiative that’s taking a rather different, non-medicalised approach. Its premise is to improve people’s lives and, it follows, their health and wellbeing.

The idea began to take shape in the Spring of 2016. Local GP, Dr Mark Spencer, who has been at the forefront of the initiative explains. “At that time I’d been a doctor in this community for 25 years. I’d spent too much time treating illnesses with little or no long term effect. When I suggested to people that it would help them if they stop smoking, knock the vodka on the head and eat more healthily, a fairly common response is: ‘Why should I? What’s the point? My life is rubbish. Getting through today is hard enough so why bother about tomorrow? Just give me some pills and I’ll be out of your way’.

He continues, “I was inspired by hearing about the work Hazel Stutely was doing with disadvantaged communities in the South West. Her contention is that by offering hope, a sense of purpose and control over your own life and your environment, there will be major health benefits for individuals and the whole community.” This was Health Creation.

The three Cs of Health Creation are connect, confidence and control. Dr Spencer’s first step was to do some connecting. He started with his practice’s patient participation group and then moving on to various organisations that were already working in, and for, Fleetwood’s community. Many of them were largely unknown to residents or to each other. Connecting local agencies such as local authorities, schools, the YMCA, the local football club, charities, GPs, social services and the multitude of disparate organisations meant resources could be shared and work coordinated. Dr Spencer recalls that at his second forming-connections meeting, over 150 people attended, many of them local residents.

Since then, the focus has been on empowering people to become more connected to each other and to be more in control of their own lives and their own community. Dr Spencer cites the example of a resident, Richard, who wanted to start playing table tennis, but hadn’t considered setting up his own club. “I can’t do it,” said Richard. Dr Spencer and his colleagues asked the simple question, “what would it look like if it could?” And so, with the support of others and coordination from Healthier Fleetwood, the table tennis club was formed. It is not overstating it to say that it has literally changed lives. The same is true for others who have started singing, dancing and gardening clubs.

When push comes to nudge

There’s more than a bit of nudge about Healthier Fleetwood. Nudge theory tends not to lecture or hector people – instead suggesting and empowering people to do something differently to their own benefit. Dr Spencer explains. “All the time our message is a positive one. We don’t say “stop this, give up that” instead it’s “try this, get involved with” and you will see the benefit. Along the way we’ve learnt a few things and even had a few setbacks but the desire to make this work remains and now is the time to take the next vital steps.” Getting people to improve their diet is an example. Healthier Fleetwood is now teaching cooking skills to school kids – there’s even a Young Chef of the Year Challenge.

Dr Spencer takes a somewhat robust attitude to the question of evidence. “I think what we really need to hear is people’s stories. We can’t be constricted in what we do by the traditional measurements – listen to the stories of the people we’ve helped connect with each other – and judge whether you think their lives have improved as a result of what we – and they – have done for themselves.”

In addressing these issues, Healthier Fleetwood is still a work in progress – but it’s gaining momentum and is a truly inspirational initiative. No wonder it’s attracting the attention of national bodies and government. But, while accolades and awards are welcome, what really counts are the real stories of lives that have been changed and even saved.

You can find out more about Healthier Fleetwood here.