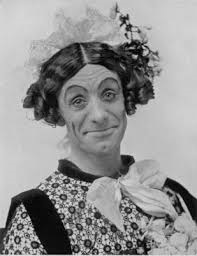 The end of the party conferences provided an early panto experience.

The party conference season is over for another year and we can all now get back to being confused about whether we’re leaving / remaining / voting again. Still, the few weeks’ worth of rousing speeches that begins with the Lib Dems, and ends with the Conservatives by way of Labour did provide a welcome change.

If there’s something slightly un-British about seeing political apparatchiks, en-masse, hysterically cheering their respective leaders’ every word, there’s also something a bit reassuring about the daft theatricality of it all. Just like that most British of institutions, the panto. It’s all there. Familiar, cheesy plot lines, lots of audience participation and singalongs (especially at the Labour gigs…oooh-ah Jer-re-mee Cor-or-byn), goodies, baddies and, of course, Fairy Godmothers. In the party political panto 2019, the recurring contemporary theme could have been “So, Buttons, how are we going to save the NHS and make sure all the boys and girls are kept well?”

Cue puff of smoke and, depending on the time and venue, the entrance of a yellow, red or blue Fairy Godmother:

Over in the Bournemouth Pavilion, the yellow Fairy Godmother descends:
“Brexit’s bad for health we’re saying. Labour? Tories? Don’t trust them,
To save our NHS and stay in, just make sure you vote Lib Dem..”

A week or so later, in the Brighton Playhouse, the red Fairy Godmother appears:
“No, it’s us who are the party of the NHS – don’t bother listening to the others’ descriptions
We’ll nationalise pharma, give free personal care and abolish fees on all prescriptions!”

In Manchester the following week, the blue Fairy Godmother breaks into song:
“No, it’s us who are the party who will save the NHS,
Three million quid? More hospitals? Your answer must be “yes”
Of course, we’ll find the staff somehow, they’re in the world somewhere
But we’d rather you kindly didn’t mention mental health or social care”

How many sleeps is it till Christmas?