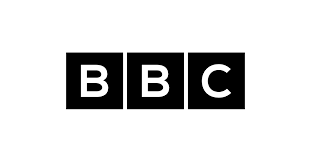 Two national institutions have come in for a bit of a kicking this week.

The BBC has been lambasted about the way in which Martin Bashir was able to trick his way into the interview of the century. Even if you grudgingly admire the lengths to which a journalist used nefarious means to get his scoop, this wasn’t a sting aimed at bringing down a Fake Sheikh or a greedy MP.

The BBC is a purportedly impartial newscaster, not a newsmaker. Surely this sort of scoop journalism is the preserve of the tabloids? So, is there just the faintest whiff of a leftish-leaning institution knowingly attempting to bring down the monarchy?

There may well have been “three of us in this marriage” but it turns out there were an awful lot more people involved in Auntie’s subsequent cover up. The whole grisly sequence of events, laid out in Lord Dyson’s excoriating report published on Friday, was raked over by a less than contrite BBC, and a more measured Times Radio.

In a barely believable twist, Radio 4’s Today presenter, Mishal Husain, was forced to say that they (that is, the BBC’s flagship news programme) had approached the BBC for comment – alas, nobody was available. Awks.

So, where exactly is the BBC’s Director General, Tim Davie? Having pulled this week’s scheduled Panorama (a pale, insipid version of a programme that used to be credible) on the grounds that Bashir’s health was at risk, he is nowhere to be seen. None of this happened on his watch, but for the boss not to make some statement of apology in this sort of situation is plain odd.

Of course, the bottom-clenching embarrassment this is causing the BBC will play well to right of centre media outlets – notably the Daily Mail, still smarting from not getting the scoop from their Golden Goose – and those politicians who have long considered the Corporation to be a viper’s nest of commie collaborators. The timing is also prescient given the BBC is up for a mid-term review shortly.

Perhaps the experience will force the undoubtedly bloated organisation to refocus on what it does well and produce more of what the public want from a public service broadcaster. Less news, more drama and with any luck, no more One Show.

The second institution getting a kicking this week is the civil service. The Social Mobility Commission has outed the service as being as elitist as it was 50 years ago. One senior official from an affluent background said that ministers were more comfortable receiving advice from someone like them than “a younger, Muslim, working-class woman”. Another official compared trying to rise up the civil service to climbing a “velvet drainpipe” with a “secret code as to how to get on”.

Insight humbly suggests a possible solution: this week, the Telegraph listed the universities where most students fail to land a graduate job after their degree.
More than 50 percent of students from 25 institutions – including Bedfordshire University, London Metropolitan University and Suffolk University – are not in professional employment or education 15 months after graduating.
Perhaps the poshos from the Home Office or Treasury could organise a few recruitment fairs at these institutions and start levelling up?